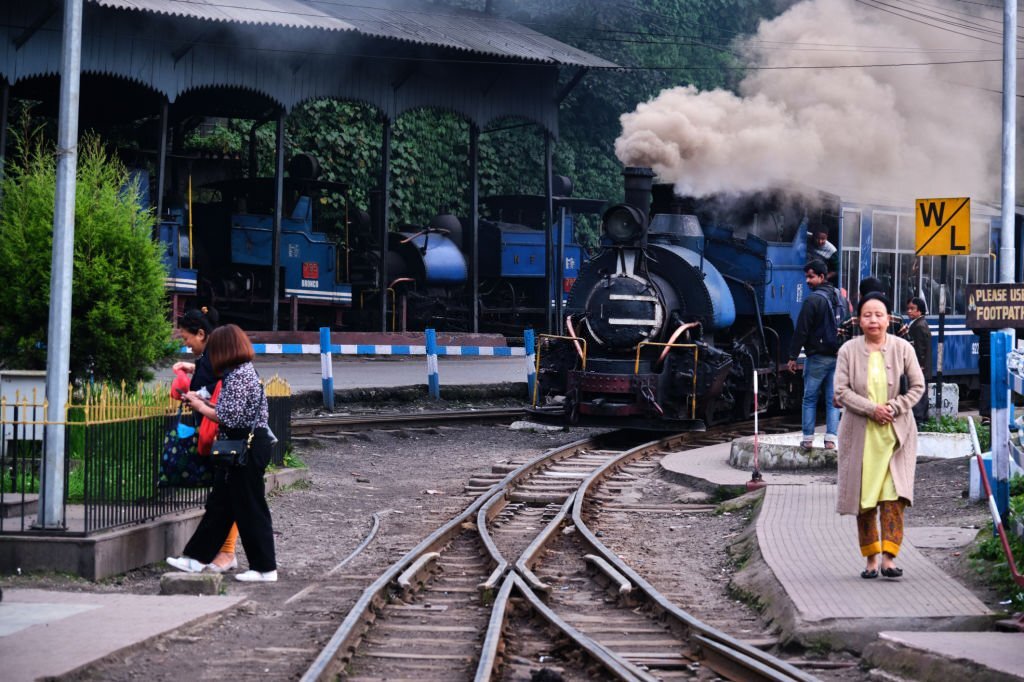 Siliguri is a major city in West Bengal that forms a “twin city” with the neighboring district capital Jalpaiguri.  The city is spread over the area of ​​Darjeeling and Jalpaiguri districts in the Indian state of West Bengal.  Known as the “Gateway to Northeast India”, Siliguri is popular for the three T’s – tea, timber, and tourism. It is situated in the foothills of the Himalayas on the banks of the Mahananda River and the Teesta River.  Siliguri is the third largest urban agglomeration in West Bengal after Kolkata and Asansol. Siliguri is of strategic importance in West Bengal.  It is conveniently located connecting four international borders namely China, Nepal, Bangladesh, and Bhutan.  It also connects the Northeast with mainland India.  Located in the foothills of the Eastern Himalayas, Siliguri is a significant trade and transport hub.

Siliguri is located in the foothills of the Eastern Himalayas at 26.71°N 88.43°E.  The city is spread over an area of ​​260 km2 within the Siliguri Corridor, also known as the Chicken Neck.  The city is surrounded by dense forests on the north side and the lifeline of Siliguri, the Mahananda river flows through the city thereby dividing it into two parts.  Also, the Teesta River is not far from the city.  Siliguri has an average elevation of 122 meters (400 feet). As Siliguri is located in the Terai region, the soil is sandy in nature i.e. the ratio of sand to silt is higher than in soil.  The region is prone to earthquakes due to several fault lines nearby.  Siliguri Division is bounded on the north and south by the Himalayan Mountains of Bangladesh, the North Dinajpur District of West Bengal, and the Indian state of Bihar.  Jalpaiguri district and Kalimpong district lie on the east and are bounded by Nepal country on the west, thus being so strategically important.

Darjeeling Himalayan Railway Toy Train runs between New Jalpaiguri, Siliguri, and Darjeeling.  It was built between 1879 and 1881 and has been designated as a UNESCO World Heritage Site.  Coronation Bridge, also known as Sevoke Bridge, is located under the Himalayas about 20 km from Siliguri, and was built in 1930. The bridge spans the Teesta River.  Gajldoba View Point is 28 km from Siliguri, famous for the huge reservoir formed by the Teesta Barrage.  The reservoir is home to various migratory birds (such as river lapwing, great crested grebe, Indian cormorant, purple heron, Eurasian weasel, common shelduck, cotton teal, tufted duck, little ringed plover, great cormorant).  Due to the movement of migratory birds, the bird sanctuary is developed here.  A boating facility is available. North Bengal Wild Animals Park, about 8 km (5.0 mi) from the city, offers visitors a ‘Bengal Safari’ to spot sub-Himalayan wildlife such as jungle fowl, sambar deer, royal Bengal tiger, wild boars, and spotted deer.  , wild bears, and rhinos.  It is basically a part of Mahananda Wildlife Sanctuary, spread over an area of ​​700 acres.  The park conducts herbivore safaris, carnivore safaris, and elephant safaris.  Mahananda Wildlife Sanctuary is located in the foothills of the Himalayas, 13 km (8.1 mi) from Siliguri. Teesta and Mahananda.  The sanctuary covers 159 km2 (61 sq mi) of reserved forest. Siliguri also offers recreation and water parks for tourists and locals.  Dreamland Amusement Park, located near Phulbari, 12 km (7.5 mi) from Siliguri Junction, is an agricultural land converted into a fun house.  It has 5-6 normal rides including a mini ropeway.  The Savin Kingdom is an amusement and water park located near Dagapur in Siliguri.  The water park has a pool, slides, artificial waves, and rain dance.